Representation in art is not only vital in its creation but content as well. This type of art, imitating the life of Black America, past, present, and future, is seen throughout Charles White’s: Retrospective at the Art Institute of Chicago.

Charles White was born in Chicago in 1918 and grew up in extreme poverty but had a propensity for art at a very early age. White found refuge in creating art and used his talents to earn multiple scholarships to prestigious institutions, including the School of the Art Institute of Chicago, where he received his formal fine arts education. White was a multidisciplinary artist; a muralist, easel painter, and draftsman who powerfully interpreted African-American history and culture through a figurative style that was greatly influenced by cubism( angular and stylized) as well as Mexican muralist such as Diego Rivera.

From the very beginning, Charles White created art in an image that was relatable to him. As he shared in an Oral history interview with Charles W. White, 1965 March 9. Archives of American Art, Smithsonian Institution, “I say dignity, and I say the truth, and I say beauty, these are universal kinds of things that all men aspire to, within all men. So that I’m addressing myself for people I relate to. Sometimes it may be difficult for white people to quite see it in these universal terms. I mean, I can understand, say, if somebody saw it purely and they do, I get the sense that they sometimes don’t always see it because somebody’s always asking me, ‘Why don’t you paint whites? You don’t paint anything other than Negroes,’ which indicates a certain lack of understanding and perceptiveness about this. But the point is that I’ve had, as a Negro in America, I’ve related to images that had broader symbolic meanings, in spite of the fact that the image might be white. For instance, you know the Statue of Liberty is a nationally known symbol of something, well that Statue of Liberty symbolizing exactly. It has Caucasian features, but I can accept this image as symbolic of what the intent was without seeing it and saying, “well, why can’t it be a black face up there. I always feel that the artist only does meaningful things when he draws upon that which is closest to him, and he uses that as a springboard to deal with a more broad, all-encompassing subject.”

This idea of representation is seen throughout the 100 pieces on display at the exhibit. White’s works consisting of prints, drawings, and photography, expand on his early beliefs of art being an influential force in the struggle for racial equality for African-Americans. A belief that grew even stronger through his association with the Chicago Black Renaissance and founding of the South Side Community Art Center. His work portrays the America he knew. The lives of Black people that he was exposed to each and inspired by every day. From historical figures like Harriet Tubman to the everyday working-class men and women in Chicago, as well as celebrity friends like Eartha Kitt, who promoted racial pride and social activism.

The Retrospective at the Art Institute

Charles White’s exaggerated, larger than life forms, and incredible attention to detail. No matter the medium, give a sense of affirmation, beauty, and pride to a people and culture who are often made to feel so small when indeed their impact on this world has been so significant.

This exhibition of White’s work, commencing what would have been the year of his 100th birthday, could not have come at a more vital time. Black America demands to be seen in places where we are ignored, tolerated, or just intimidated due to the assumed cachet or social bias. Our culture can no longer be curated for us, and we not be able to enjoy it.

Exhibitions like Charles White’s: Retrospective, should be created more often, and I predict that they will be. The world continues to question large institutions and demand answers when it comes to representation and inclusion. Museums, like other forms of art mediums such as television and cinema, are not exempt from this conversation. As Charles White addressed throughout his work, people aspire to things, people, and places that relate most to them. Art that imitates their lives.

I highly recommend that everyone visit the Art Institute to view Charles White: A Retrospective, on display now until September 3, 2018. Following its debut in Chicago, the exhibition will be on view at MoMA October 7, 2018–January 13, 2019, and then travel to LACMA, where it will be on view February 17–June 9, 2019. 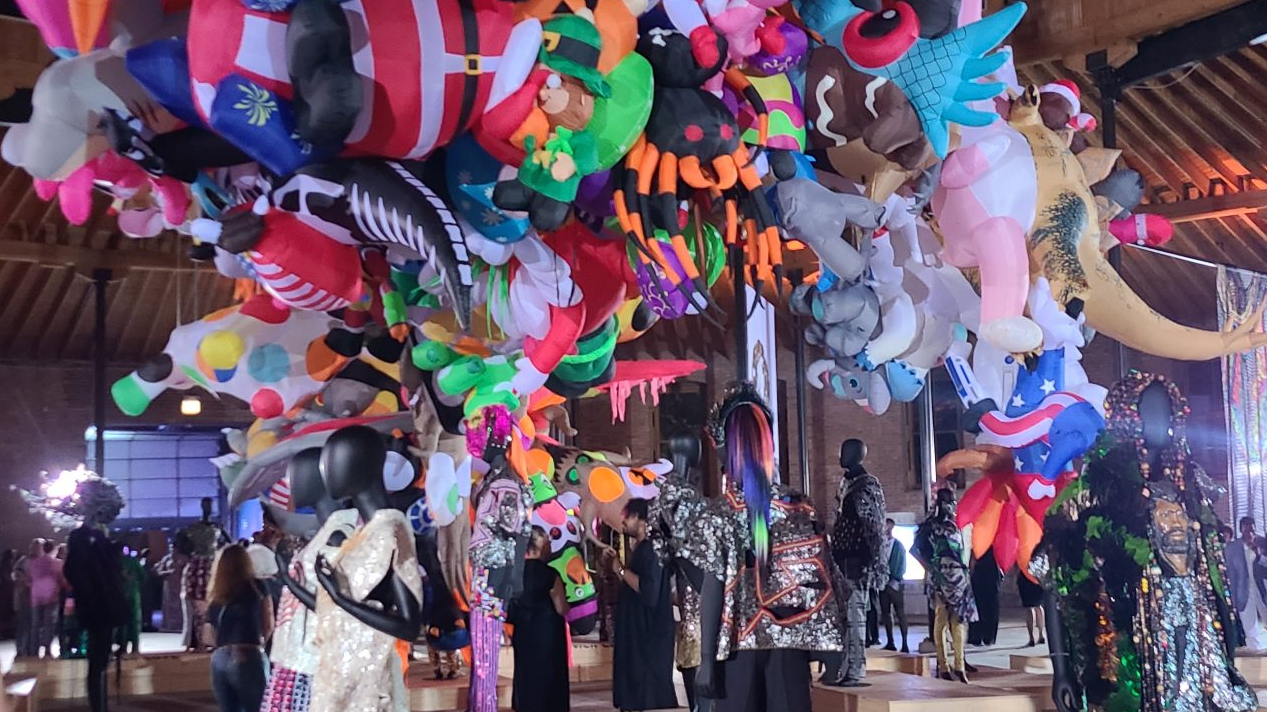